Formerly settled in a village called “Zerk” in the “Koohrang” district, the family of Morad Hosein and Masoumeh didn’t use to migrate like other nomads. They would occasionally move up in the village itself to find greener meadows for their stock, but they didn’t have permanent migrations until about 3 years ago when they decided to migrate due to the overpopulation of their stock. Being Shah Tala’s brother, Morad Hosein decided to migrate with his sister’s family along with his own wife and children. After a while though, they parted ways and started migrating separately.
Morad Hosein & Masoumeh have three children named Moslem, Zahra, and Abbas. The first two children are not old enough to help their parents with the hard work in the wild (being respectively 11 and 7 years old), but they still help with whatever they can like collecting firewoods, getting water from the springs, or looking after the baby goats.

Nari Jan, mother of Morad Hosein & his siblings, is a world-wise, patient old woman. Having lost her husband 3 years ago, she still wears black in the grief of her beloved.
Once, while busy with her spindle, she told us about goat’s oil’s health benefits & how she believed it to be a palacea. About how they took oil & curd from the well-pastured goats. 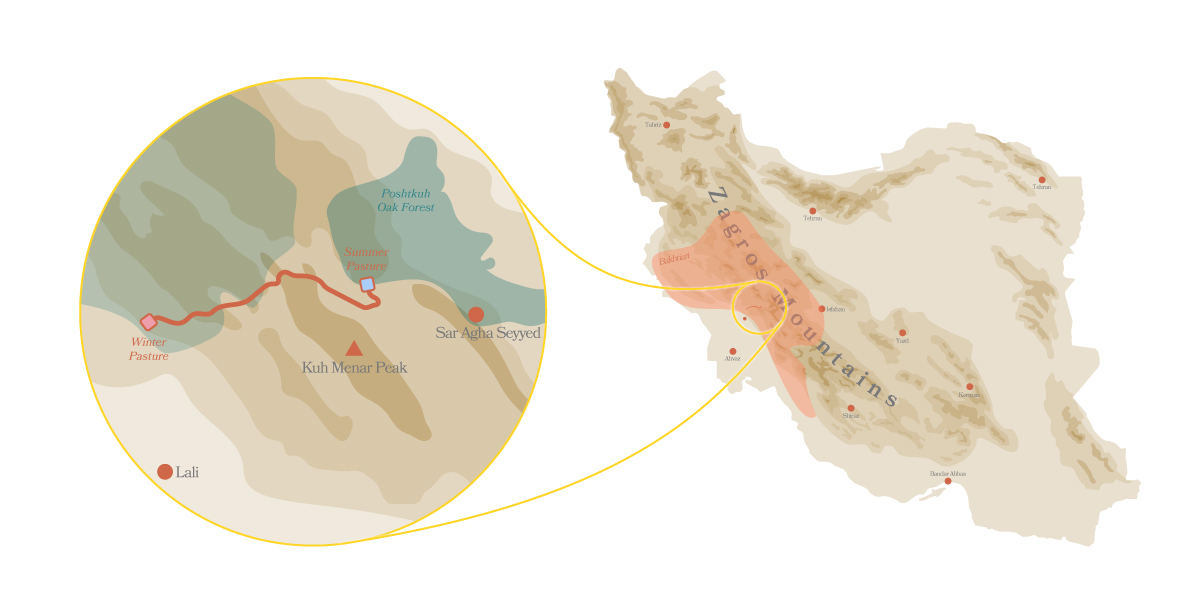