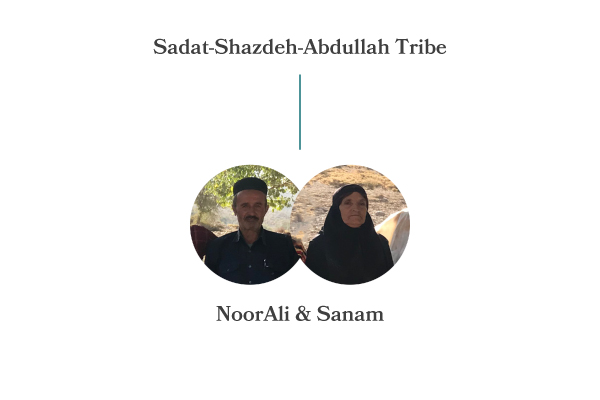 Noorali has many great tales to tell, and we’ll never forget the first night that we gathered around the fire and he started to tell us a story from Shahname (The epics of kings). We were transfixed by his story-telling for hours. He also showed us how he determines the good and bad days to start Kooch based on the lunar calendar. NoorAli has a brother; Tarazoo who is married to Sanam’s sister; Shirin.

Most nomads move away from their families after marriage and don’t see them often, so for these two sisters, marrying two brothers meant that they could still stay close together. And now, they usually set up their tents near each other when they live in their pasture. During the colder winter days, both families move to their stone houses in their nomadic village. 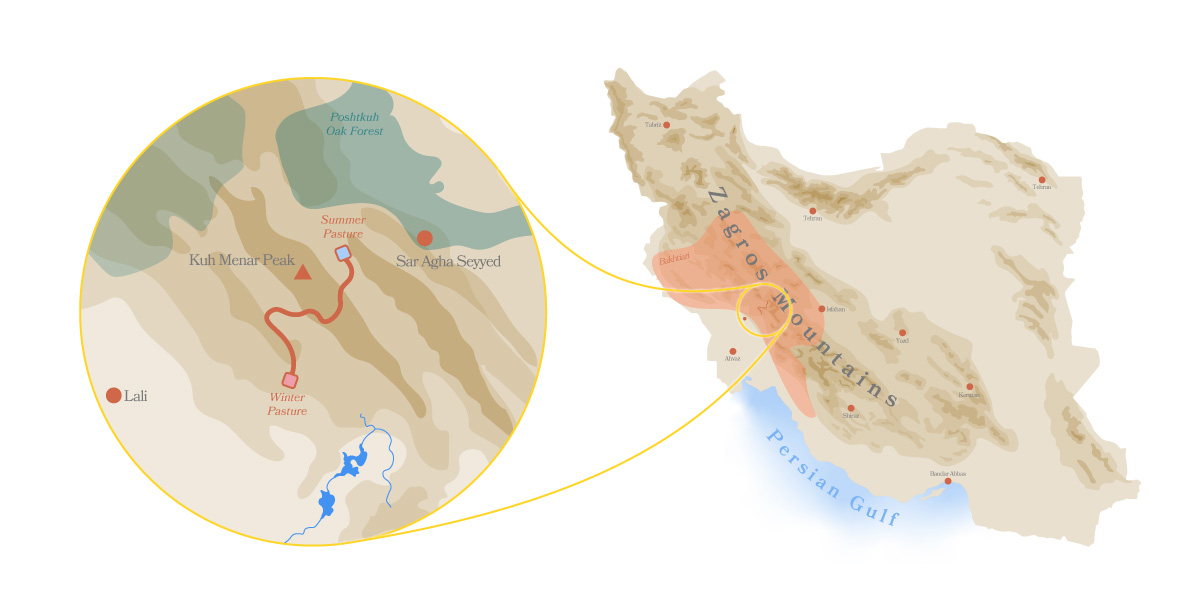