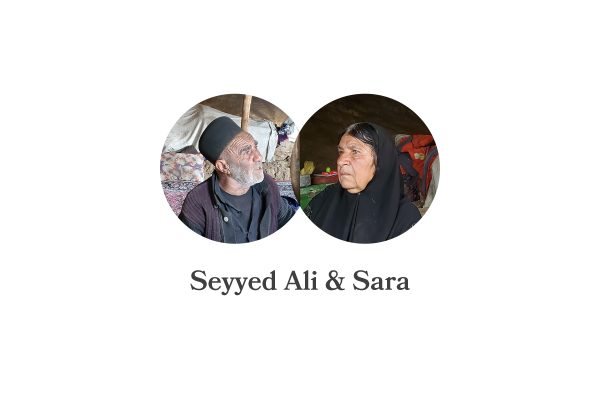 Seyyed Ali & Sara live in a mountain between two nomadic villages. They live in a nomadic tent with their son, daughter-in-law, and three grandchildren. Seyyed Ali, despite his serious face, is the kindest old man. He, the patriarch of the family, has fought a bear when he was a young man. He still has the scars on his legs that showed the bear’s claw marks perfectly. Sara, like all nomad women of her age, does her hair in the traditional nomadic style in which two twisted locks of hair from the front come out from under the scarf and are tied under their chin. They have always been a nomad living in Zagros ranges, but recently they are thinking of moving to the village and get settled because they are suffering from arthritis.

Last time we saw them, we bought a lot of goat oil from them. In spring, every day early in the morning, the son, Parviz takes the herd to the surrounding pastures and mountains to graze, and the women do the nomadic routines of making bread, fetching water, and collecting wood. Parviz & Maryam’s sons are still too tiny to help the family with the chores. 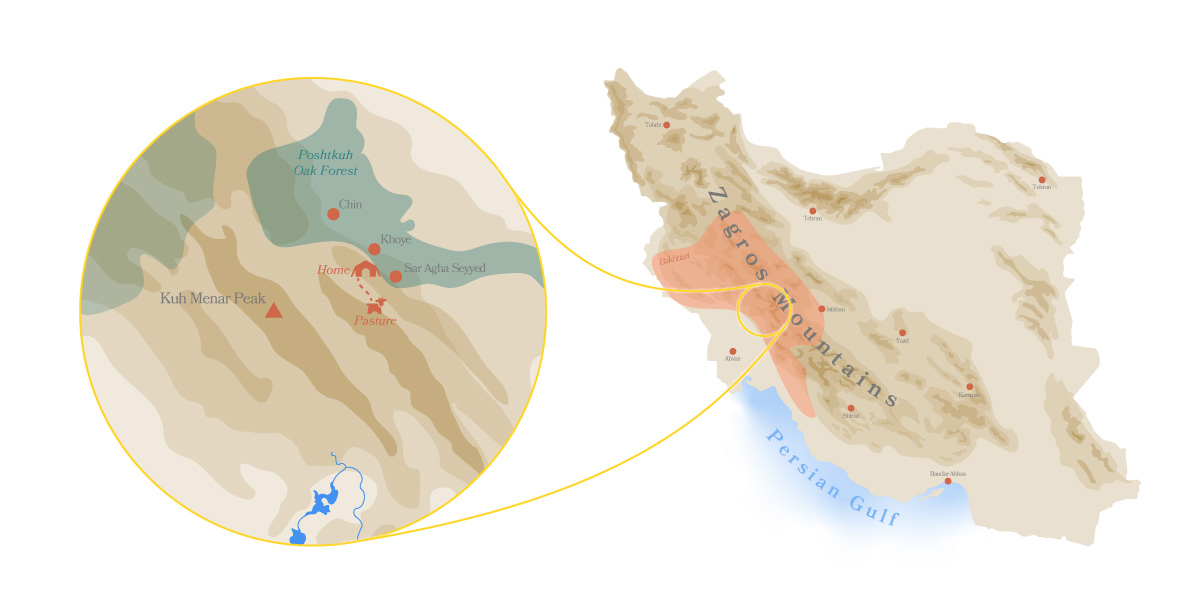