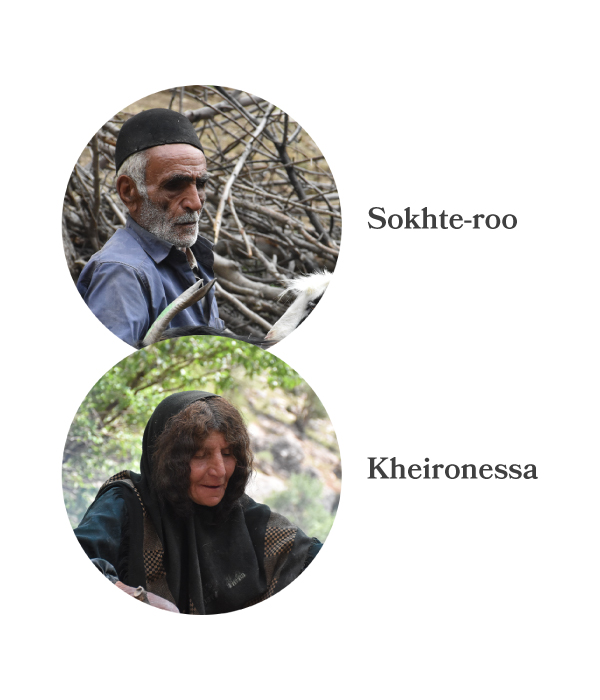 Sokhte-roo (which literally means hard-faced in Farsi), gets his name because he was serious-looking even as an infant. But contrary to his name, he is anything but grumpy and his personality seeps with kindness. His wife, Kheironessa, is in her seventies but her age does not deter her from doing her nomadic chores, nor does it make her wish she wasn’t living a nomadic life. She has never been outside of these mountains and she told us that the city life (or any form of sedentary life) would kill her. With her hunched back, she still gets up and gathers wood and deftly does her responsibilities every day. Even at the 7th decade of her life, she still has lush brown hair that she wears in the traditional Bakhtiari style. Which is taking two locks of hair from each side and bringing them outside the headscarf and under the chin. She takes bread baking to the next level and does it extra meticulously, in the old style of her ancestors. Even though this elderly couple are not very chatty, still by the end of our tour with them, we had developed a very close bond and friendship. Sokhte-roo and Kheironessa have 7 children and are also Ramezan’s grandparents. Their youngest son, Darab, got married at around thirty because he used to go to the city to study and he still moves between city and nomadic life with his parents. Because of their old age, they take it more slowly when they’re on the move and usually just do the trekking between 8 am and 4 pm. The pastures that they pass through are incredibly beautiful and there is always enough time to just relax in the nature after a short trekking. 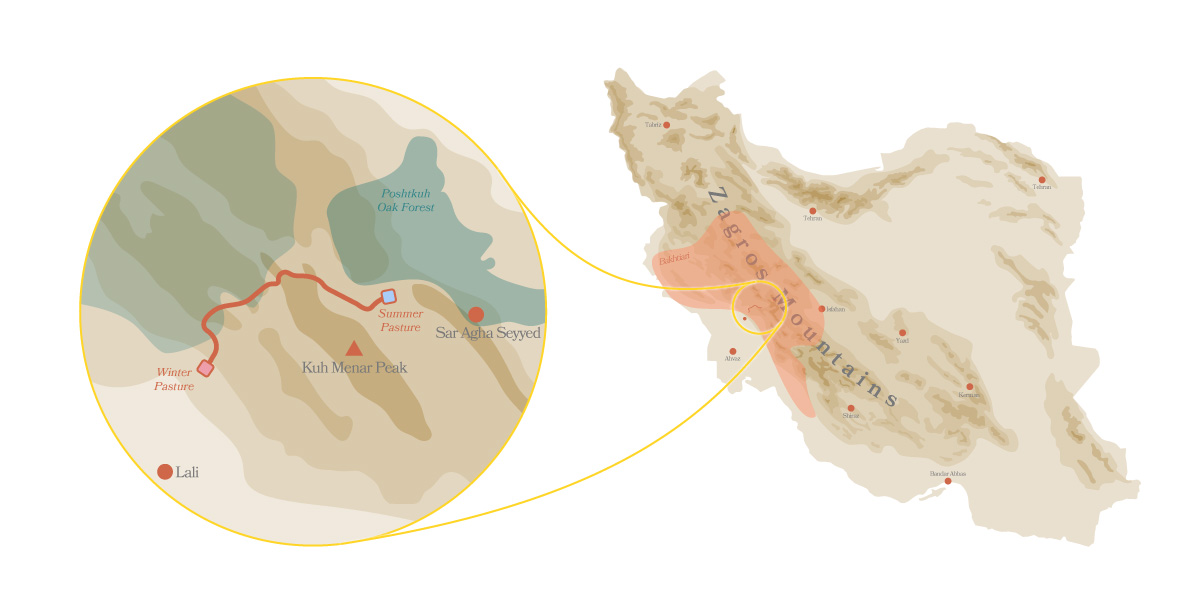