In a 14-day wintry tour, we will show you a little bit of almost everything in Iran! From the modern, cosmopolitan capital, Tehran, to the pristine, more traditional nomadic villages and the pleasantly warm southern islands (travelled mostly on a lenj boat), we will have you enjoy the highlights of Persia. And to add to your surprise about Iran’s natural & climatic multiplicity, we will accompany you in snowbound mountains and hot deserts at the same time of the year, in the same magical country: Iran 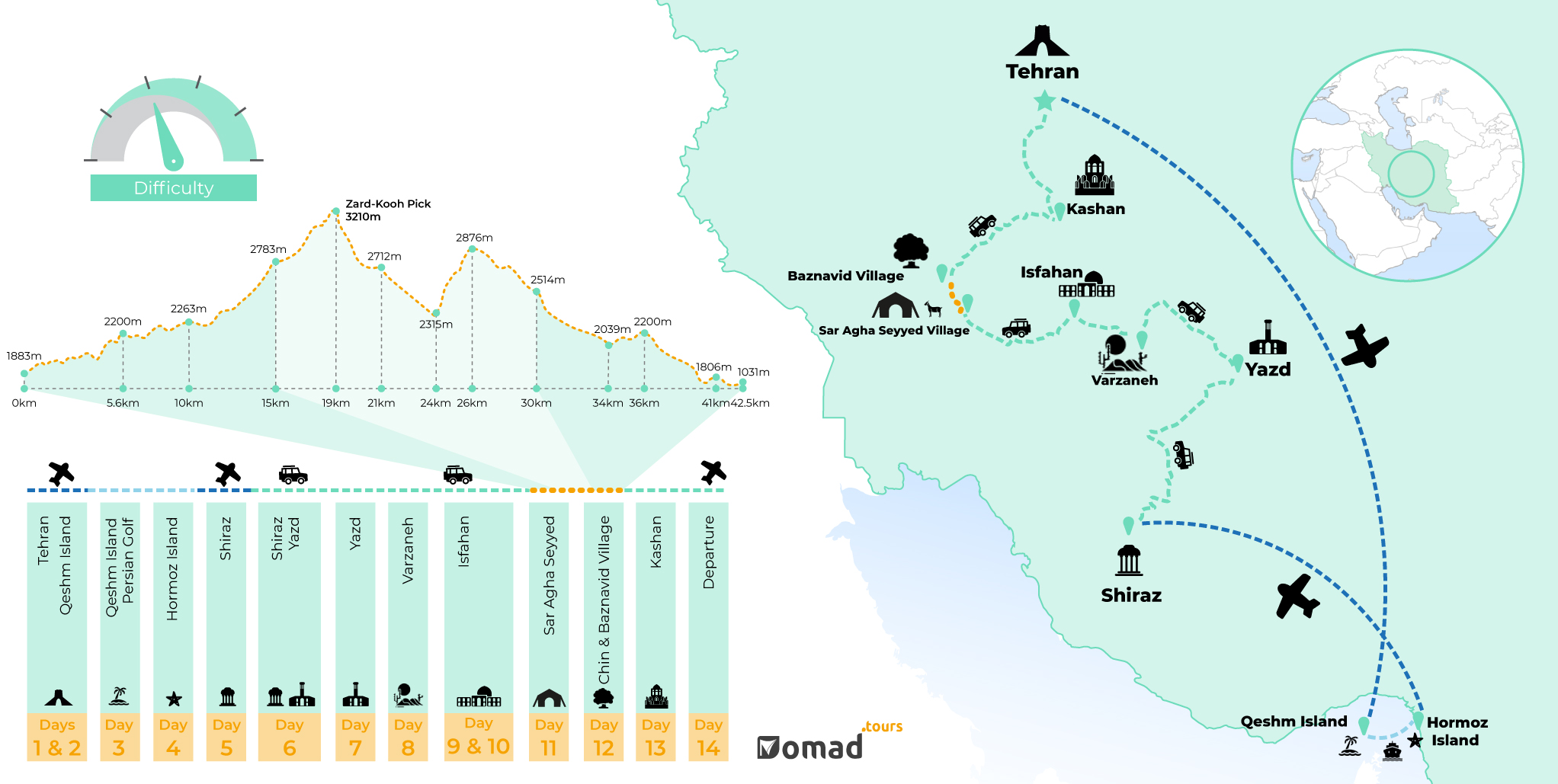 What you will experience with us

● UNESCO’s intangible cultural heritage; Iranian Lenj boats in the Persian Gulf
● The sheep & dragon-like rocks in Statue Valley
● Villages of ex-Nomads in the mountains; famous for unique handicrafts
● “Half of The World”, Isfahan
● The heartland of Persian culture for more than 2000 years, Shiraz
● A desert camp under millions of stars
● The vibrant taste of Persian cuisine 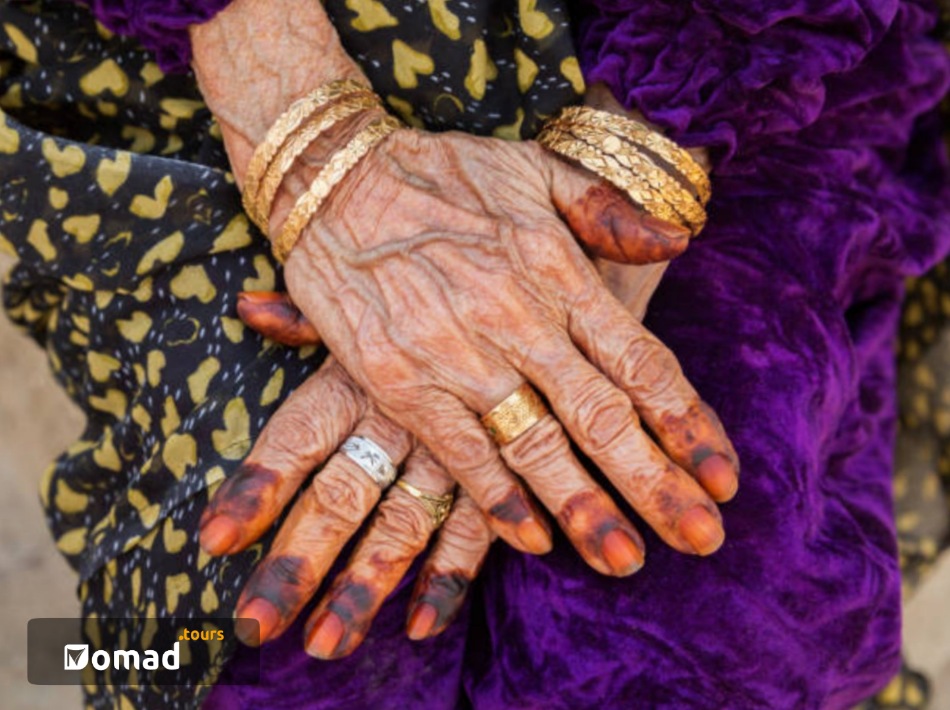 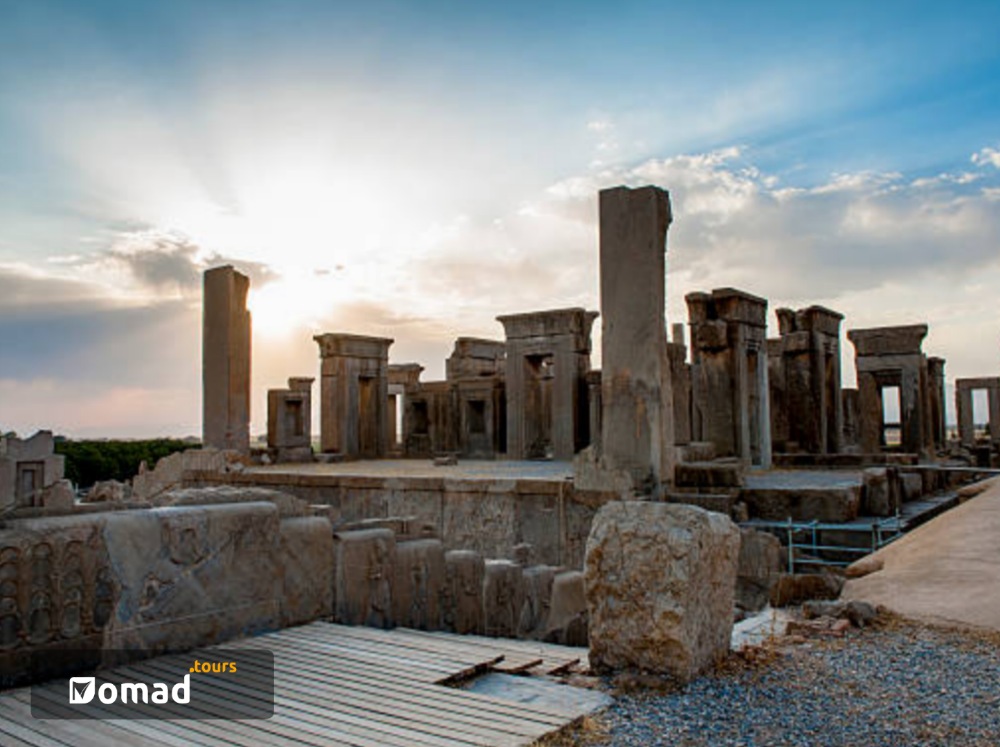 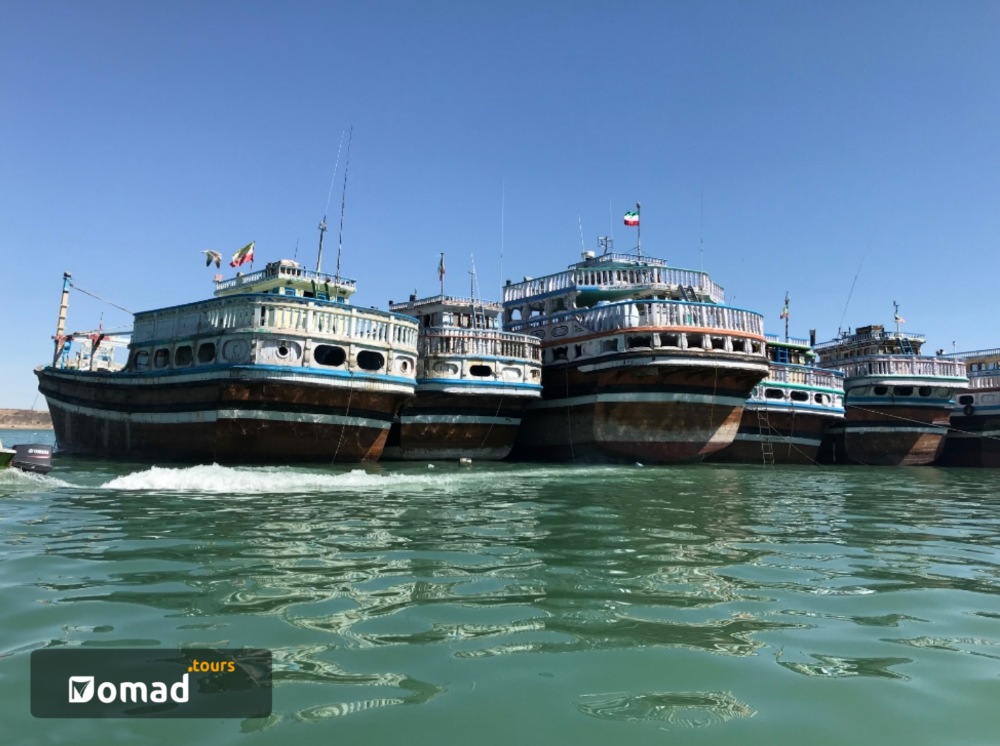 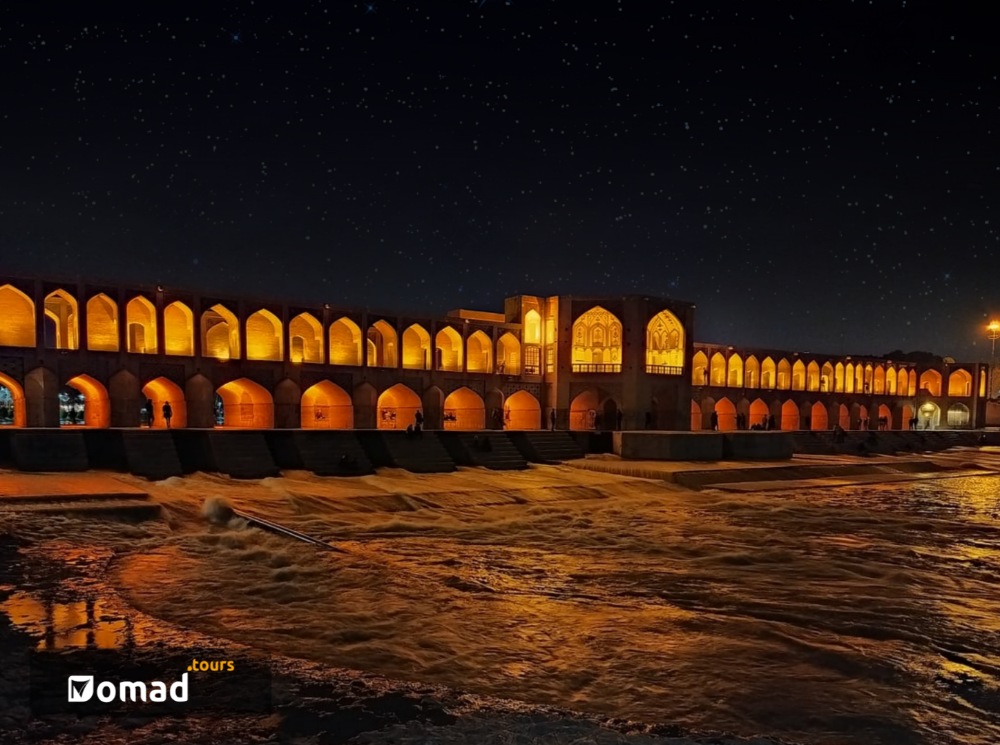 ● Grand Bazaar
● Golestan Palace
● The National Museum of Iran
● IRANomad House
● Walking in Si-e-TirStreet
Tehran is steeped in various cultures with its ancient monuments dating back to hundreds of years ago. Highlights of the city include Golestan Palace, the old Bazaar of Tehran & many museums. The old downtown alleys are also perfect to explore. One of the top experiences in Tehran is a visit to the historical Grand Bazaar where you will find yourself among traditional architecture & local people. We will have a very famous, crispy rice dish, Tahchin, in one of the old and well-known restaurants in the bazaar. Then, in the 130-year-old IRANomad house, you’ll see an example of Tehran’s traditional house in Sangelaj neighborhood.

● Darband
● Imamzadeh Saleh
● Sunset in Loft or Salace
Darband means ‘door of the mountain’. It is a village close to the Tajrish neighborhood and it is the beginning of a hiking trail to Mt. Tochal. After a walk in the surrounding area, we’ll then go to one of the largest and most magnificent shrines. Then in the afternoon, we’ll take the flight to Qeshm island and we’ll enjoy a beautiful sunset by the Persian Gulf in Loft.

● Lenj / Booms
● The southern coast of Qeshm toward Hengam Island
● Seafaring on the ocean
● Southern music & cuisine
● Listening to the sea stories
● Swimming & fishing
● We *may see Dolphins
The whole day we will be experiencing sea life while sailing on a lenj. In the year 2011, traditional skills of building and sailing Iranian Lenj boats, formerly known as “jahāz” in the Persian Gulf, were inscribed on UNESCO’s intangible cultural heritage in need of urgent safeguarding since they have been fading away. Traditionally hand-built by very skillful practitioners, these Lenj boats have been used by the inhabitants of the northern coast of the Persian Gulf for various purposes including sea journeys, fishing, pearl diving, and trading. At sunset, we will leave the boat and head to our ecolodge.
.

● Statues Valley
● Salt Mountains & Cave
● Rainbow Mountains & Valley
Close to the Persian Gulf, the southern islands of Iran are true hidden gems; sheltering travellers and campers on holidays. But what makes these islands special is their potential for welcoming those who need an escape from the crowds, from the mental clutter, and from the digital world. Staying by the sheep & dragon-like rocks in Statue Valley, camping on the gorgeous stretch of golden sand on Mofanegh shore, and by the only tree in Tak Derakht shore makes a perfect plan for those interested in Iran’s Southern Sea escapes.

● Hafezieh
● Karim Khan-e-Zand Complex
● Narenjestan Garden
Celebrated as the heartland of Persian culture for more than 2000 years, Shiraz has become synonymous with literature, poetry, wine and love. It was one of the most important cities in the medieval Islamic world and was also Iran’s capital during the Zand dynasty when many of its most beautiful buildings were rebuilt and restored. A city of poets, Shiraz is home to the tombs of Hafez and Saadi, both major pilgrimage sites for Iranians. It’s also home to splendid gardens, exquisite mosques and whispered echoes of ancient sophistication.
Hafez, the most famous and acknowledged Persian poet is buried in Shiraz. People believe Hafez’s poems give them clues to the future. We can try our chance by his tomb too. In Shiraz, nothing is more pleasant to the eye than its vast green gardens. We’ll go to Narenjestan Garden to see one of these beauties built in the Qajar era.

● Nasir-al-Mulk Mosque
● Naqsh-e Rostam
● Persepolis
● Pasargadae
● Zein-o-Din Caravanserai
The highlight of day 6 is the Pink Mosque with its otherworldly vibrant colors. The moment we step inside the mosque, it’ll be clear why people call it Pink Mosque or Rainbow Mosque. After visiting this magical mosque, we’ll leave Shiraz to go to Zein-o-Din caravanserai near Yazd. On our way, we will visit Persepolis ( the ceremonial capital of the Achaemenid Empire), Pasargadae (the ancient capital of the Achaemenid Empire, located in Kuh-e Rahmat (Mountain of Mercy), and Naqsh-e-Rostam. Our experience of silence reaches its peak when we stay in a caravanserai situated on the ancient Silk Road for the night: Zein-o-Din Caravanserai. The clear starry night sky, peace, and tranquility are all that we’ll take in there.

● Zoroastrian Towers of Silence (dakhme)
● Amir Chakhmaq Complex
● Jāmeh Mosque
● Traditional Gym (Zoorkhaneh) (tentative)
● Dolat Abad Garden
● Taft in Yazd & its pomegranate gardens
With its forts of bādgirs (wind catchers), Qanāts, and mud-brick old town, Yazd is one of the highlights of any trip to Iran. Wedged between the northern Dasht-e-Kavir and southern Dasht-e-Lut, it may not have the big-ticket sights of Isfahan or Shiraz, but with its fire temples, silent deserts, and ancient vibe, is equally enchanting. It’s a place to wander in the maze of historic streets and winding lanes. Yazd has been known for its tiles, silk, and other fabrics. It’s home to Iran’s second-largest population of Zoroastrians, followers of Zoroastrianism, the religion of Persians before Islam.
From morning till afternoon, we will be in Yazd visiting the must-sees of this classic city. In Jāmeh Mosque we have our chance to see masterpieces of calligraphy, delicately made mosaics on its dome & mihrab, and one of the tallest tiled entrances in Iran. Amir Chakhmaq Complex is a large impressive historical square in the center of Yazd. We’ll enjoy a glorious sunset in a rooftop café and then we’ll get familiar with one of the Iranian ancient sports, used to train warriors in the past. Dolat Abad Garden, our next site, has the tallest windward in the world and it is registered-in-UNESCO- World-Heritage-Sites. Then, we’ll go to Zoroastrian Towers of Silence (dakhme) which used to be an open burial pit in which Zoroastrians used to practice their burial rituals.Then in the evening, after 1 hour of driving, we will reach Taft neighborhoods. The evening will be yours to explore Taft village by bike. The village has beautiful fruit orchards, especially pomegranates.

● Gav-Khuni wetland
● Rabbit Castle (Nodoushan)
● An ancient Caravanserai
● Zayanderud
About one-fourth of Iran, this ancient, vast country, is covered with mysterious, magnificent deserts. With a 5000-year-old civilization, Varzaneh is an ancient, Iranian desert town located between the provinces of Isfahan and Yazd. With less dust and almost no clouds in its sky, Varzaneh Desert is ideal for stargazing. It’s noteworthy that this desert is rated as one of the safest, most accessible deserts of Iran. We’ll camp in the desert and let you explore a beautiful, persian-blue sky.

● Masjid-e-Jameh Isfahan
● Meidan-e-Emam, Isfahan
● Si-o-se Pol Bridge
● Ali Qapu Palace
● Abbasi Great Mosque
● Sheikh Lotfollah Mosque
● Traditional Bath in Isfahan
“Half of The World”. This is how Isfahan is called thanks to its Golden Age under Safavids’ rule as the capital. Rich in monuments and architecture, it’s one of the most beautiful and colorful cities of Iran and probably the city that best evokes the “One Thousand & One Nights” in our imagination!
For two days, we’ll visit some must-see, UNESCO registered sites & places in Isfahan. There we have the chance to see unique Persian architecture. Sunset is the best time to go to Si-O-Se Pol Bridge, Khaju Bridge, or other famous bridges. For dinner, the amazing Isfahani dishes, Beryani & Khoresht-e-Mast await us.

● Atiq Mosque
● Vank Church
● Jolfa neighborhood
● Drinking Tea in Abbasi Hotel
We have the whole day to wander around Isfahan. In the afternoon, we’ll have a drink in Abbasi Hotel’s yard.

● Salt mines in the layered village of Sar Agha Seyed
● Organic village & the nomadic handicrafts
In the morning, we are going to have a hike, starting from the village, continuing along with the walnut trees, going up on a mountain. We will arrive somewhere close to the salt mines of the historical, stepped village of Sar Agha Seyyed, located in Mount Zagros’ skirt. Back then, these salt mines were of great importance for the nomads who were passing through the village on their way of migration.
Khoye is a green, nomadic village that is famous for its handicrafts. One of the eye-catching scenes in this village is the image of the girls & women behind their carpet loom weaving a Persian rug. You can also explore the semi-nomadic lifestyle of this village. Watching women baking bread, weaving rugs or black tents, milking the cows, and making handicrafts, are some of the first-hand experiences we’ll have.

● Ancient cemetery in Baznavid
● Scenic nature of Zagros
● Nomads of the area
In the beating heart of the mighty Zagros mountains, live the indigenous people of Iran: the nomads. Being the habitants of the area for more than 10000 years, nomads live the most authentic life & spending some time with them, however short, can be the highlight of your trip to Iran.
From Khoye village, we’ll have around 5 hours of driving, and 2 hours of walking to reach the village in the mountains (Vark).

The sight seeings we are going to do in Kashan can be classified into 3 groups: historical houses, mosques, and nature. During these two days, we’ll visit historic houses like Borujerdi House, Agha Bozorg Mosque, a symmetric architectural masterpiece built in the 18th century, and Bazaar of Kashan called Timche, to learn more about Persian carpet, and a traditional bathhouse or hammam; Sultan Amir Ahmad Bathhouse.

● Bazaar of Kashan
● Borujerdiha Historical House
● Sultan Amir Ahmad Bathhouse
Today, after visiting some other must-sees of Kashan, we move to Imam Khomeini International Airport for your homeward flight.

You can also chat with us now or just put your name & email address here and we will get back to you in a very short time.

There are 2 ways to book this tour with us! We offer tour packages based on your time table (manual booking, guaranteed) and fixed dates (guaranteed). Choose your tour from one of our packages now in one go!

There is no fixed date for this tour yet.
Total€

Book a Private Tour
Based on your timetable

Based on your timetable
Total€

Alessandrine:
"Nick and I had the most wonderful trip, tailored, often spontaneously, to our last minute requests."

Nick and I had the most wonderful trip, tailored, often spontaneously, to our last minute requests. Saba, Hossein and Navid were charming guides often going out of their way to give us a more authentic experience. Due to weather conditions we were unable to do the full few days with the Nomads, instead we were presented with wonderful solutions. Leave all your preconceived ideas behind and allow this young team to show you with pride their wonderful country. I wish them every success.