The Nomads have always been Guardians of Zagros and they always will be. 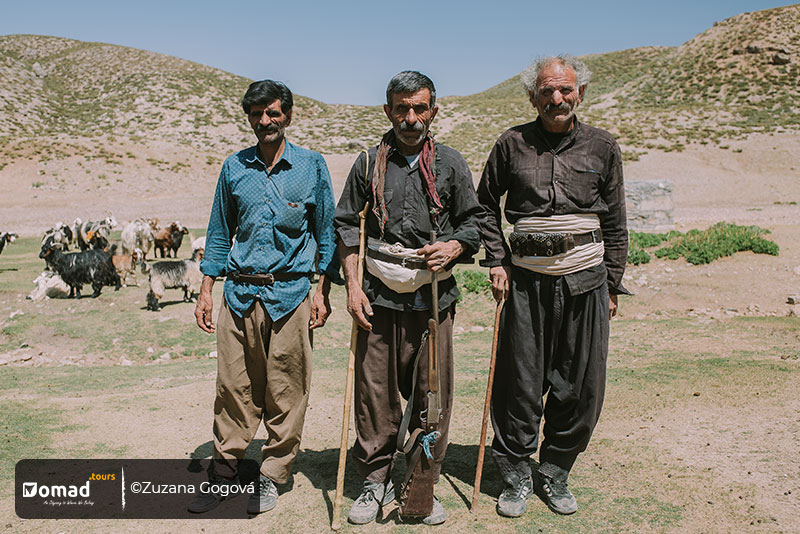 Nomadic traditions that could restore biodiversity in the land

Bakhtiari nomads play an important role in preserving biodiversity in the Zagros mountain ranges. Centuries of living in the area has taught them to use the environment’s resources in the most sustainable way. Kooch (= Nomads’ migration) is at the center of the nomadic lifestyle. Every year, at the turn of the season, Guardians of Zagros set on the journey with their livestock, in search of green pastures and suitable weather. Annual Kooch is vital to maintaining the biodiversity of Mount Zagros. According to Dr. Allan Savory; “ Pastoralist nomad’s large herds defecate and urinate all over the land, and they have to keep moving, which prevents overgrazing. while the periodic trampling ensured the dung covers the soil and acts as a fertilizer” Nomad’s knowledge of the land and its resources can be invaluable in conservation efforts. 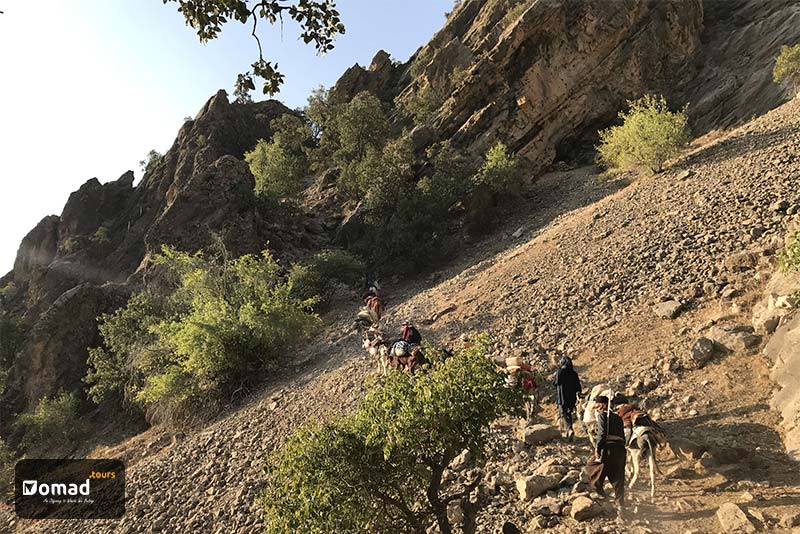 The nomadic knowledge & practices have existed from centuries ago and there is evidence showing that where these are still being practiced and the nomads’ rights to their lands and resources are acknowledged and respected, the Zagros nature is better protected. They know how to take care of themselves and their ancestral territories in Zagros ranges in the pristine nature of the area.

Traditionally, Bakhtiari Nomads have divided pastures between groups of extended families in the tribe. Today, nomads still respect these unwritten rules. Each family group in Bakhtiari’s two main tribes knows its own pasture and while they are allowed to pass through the others’ pastures & pathaways, they are not allowed to stay there and set up their tents. This allocation is to ensure that they protect, preserve, converse, and utilize the Bakhtiari’s land in a suitable and sustainable manner. For centuries these guardians of Zagros have known about these agreements among their tribes and they respected them. The nomad communities’ lifestyle doesn’t depend on farming which means that they don’t cause deforestation. Gathering dry firewood constitutes most of what Nomadic communities take from trees or forests in their path. 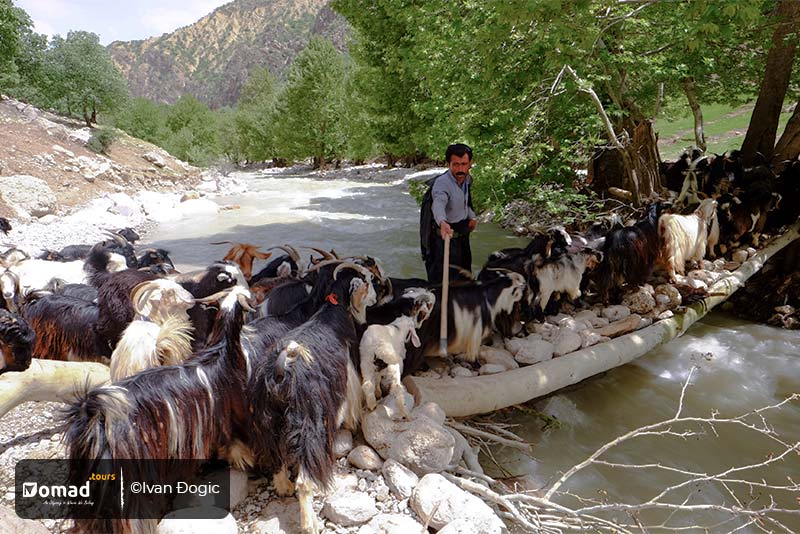 It’s our way of life that preserves nature. People wrongly think that we over-consume natural resources when we have used this land throughout history without damaging it, and we still continue the same way of living. We can’t stand being settled down and living in cities. We can’t stand walls around us. We feel free in the mountains where nothing can limit us.

“We have always lived in the Zagros mountains, had our own traditions and have everything we need including food and medicine from these mountains & forests. We are guardians of Zagros”

For medicine, Bakhtiaris pick herbs from roots, leaves and barks. They only take what they require and not more than that. They know how to avoid injuring the plant or drying the roots while picking herbs. If they think they have overused the fauna of one area, they give it a rest period to allow the land to recover. Endangered herb species, like wild celery, are protected by nomads.

We protect this mountain fiercely. This is the only mountain in this area where the wild celery grows. That’s why a number of us guard the mountain each night and we take turns protecting it & its celeries. 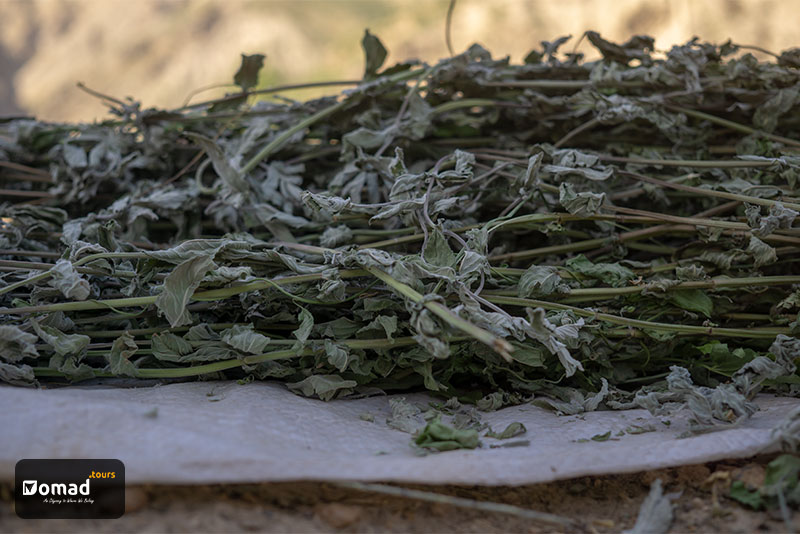 There is a mountain in one of the nomadic areas where Kelos (wild celery) grows and every day, some men from the village stand guard at the mountain to protect the plant not to be picked by the strangers

The Nomadic System of Naming 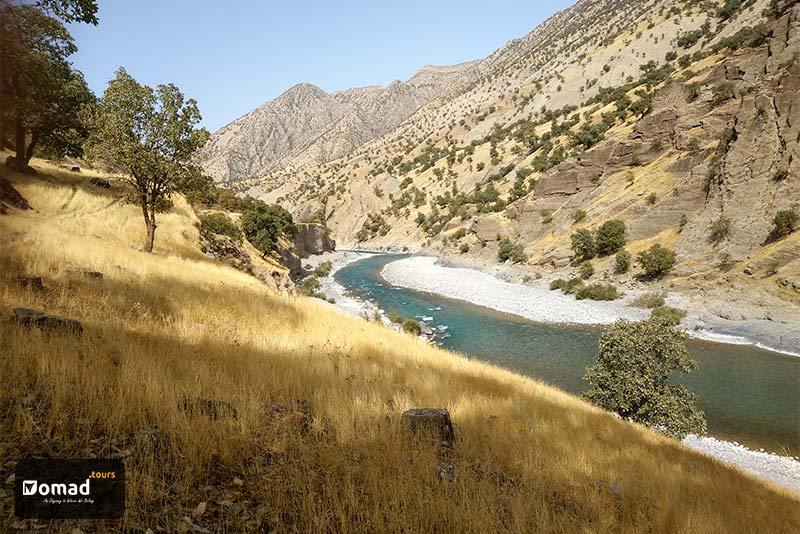 The guardians of Zagros have their own way of naming the things that are essential to their sustenance; such as herbs, rivers and mountains. Each section of the large Bakhtiari river has its own name, depending whose territory it is passing by, and which mountain it is closer to. Although, the general name for the river is ‘O-Gape’ which means ‘the massive water’. The herbs all have their own local names in Zagros territory among its guardians. For example, they call the wild celery which grows in high altitudes on the mountains ‘Kelos’.

However, Nomadic communities tend to hunt wild endangered species, when they pose a threat to their flocks. Despite this, conservationists have a lot to learn from Iranian Nomads and their relationship with the environment. This makes the preservation of this ancient culture even more crucial.