About one-fourth of Iran, this ancient, vast country, is covered with mysterious, magnificent deserts; and although unlike the common misconception, Iran has much more than just deserts, deserts are just as beautiful natural sites in Iran (if not more beautiful) as any other. Speaking of which Dr. Alfons Gabriel (1894–1976) Austrian geographer, explorer, and travel writer, made several trips to the deserts of Iran and penned his valuable views on the named experience in his interesting book: Durch Persians Wüsten (Through Persia’s deserts). Let us then waste no more time and talk about the unique attractions of some of Iran’s famous deserts: 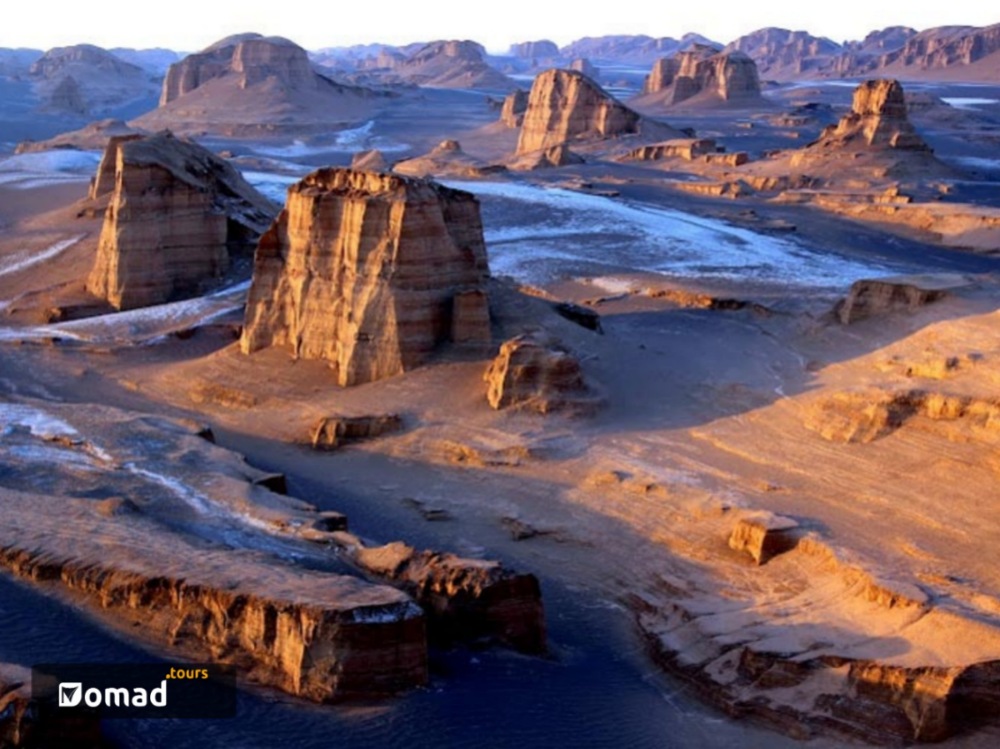 Kavir-e-Lut (Lut Desert) also referred to as Dasht-e-Lut (Lut Plain) in Persian, is one of the world’s hottest and driest places, located in the provinces of Kerman and Sistan & Baluchestan. Included on UNESCO’s World Heritage List, Lut Desert is one of the must-sees of Iran travel, especially for desert lovers.

Located at the edge of the Lut desert in Kerman province, Shahdād is a city with a hot desert climate. Summers in the Shahdād desert are extremely hot and the winters are short and mild, making them a suitable season for traveling.

Situated in the middle of Iran’s central desert (Dasht-e-Kavir), almost on the border of two provinces of Semnan and Isfahan, there is Rig-e-Jenn Desert (literally translated to the dune of the jinn) that was believe (mostly in the past) to be the residence of evil spirits; which is why it’s been often avoided as a pathway by the caravans; a legend that adds to the attractive, pristine nature and mysterious vibe of the area. With a 5000-year-old civilization, Varzaneh, is an ancient, Iranian desert town located between the provinces of Isfahan and Yazd. With less dust and almost no clouds in its sky, Varzaneh Desert is ideal for stargazing. It’s noteworthy that this desert is rated as one of the safest, most accessible deserts of Iran.