In the Persian language, a language that undoubtedly embraces the richest literary canon in the whole world, no gender is assigned to words. All words (including pronouns) are gender-neutral. There is no pronoun such as ‘he’ or ‘she’ in Persian but rather ‘oo (او)’, a gender-neutral pronoun referring to ‘that person’, whether it’s a he, a she, or a non-specified gender.

Moreover, not only there isn’t such thing as ‘masculine generic’ in Persian language (which is a subtle lingual machismo in many languages), but also in cases where groups of words indicating two different genders are used (like father and mother), women are structurally prioritised. We say madar o pedar (mother and father), khahar o baradar (sister and brother), zan o mard (woman and man) etc instead of placing the masculine nouns first. Persian literally declares that: Ladies first!

Women are essence and not an extension in Persian: The word for ‘woman’ in Persian is ‘Zan’ and ‘mard’ is the Persian word for ‘man’. Unlike English and some other languages where ‘woman’ is an extension of the word ‘man’, in Persian, ‘Zan’ is an independent word in relation with the word ‘Zendegi (life)’, stressing on the inseparable bond between woman and life itself.

Even more interestingly, in relational nouns such as Zan o Shohar (literally: woman and husband), men achieve their identity in relation to and because of the woman (Zan and not wife), not the other way around. It’s almost a reverse example of the English language where the newlyweds are referred to as ‘man and wife’.

Last but not least, the word for ‘spouse’ in Persian is ‘Hamsar’, literally translated to equal-head or equally-ranked. No wonder why Iranian women do not adopt their husbands’ family names after marriage. They all keep their own last names because this individuality and equal rights even after marriage is embedded within Persian language and culture. It’s rooted in Iranians’ history.

Following the raging protests in Iran after the death of the 22-year-old Mahsa (Jina) Amini, who died while held in the custody of the Iranian ‘morality police’ for not wearing her hijab properly, many Iranian women started cutting their hair in a symbolic way which was gradually modelled by non-Iranian women around the world as well. But why cut the hair? Does it signify anything in particular?

Turning the pages of history to thousands of years ago, the answer will be yes. Women cutting their hair is an ancient Persian tradition. When grief and fury overpowered Iranian women, they used to cut their hair. The practice is also cited in Ferdowsi’s Shahnameh, the 1000-year-old greatest Persian epic. Throughout the stories of this epic book of poems, in more than one instance, hair is plucked in an act of mourning. Many tribes and ethnicities in Iran, such as Bakhtiari, Kurd, Lor, etc still practice this gesture in their mourning process; and that’s why it quickly became a symbolic gesture of grief and fury demonstrated by women in Iran and all over the world to show their protest against women’s oppression and declare their solidarity and sisterhood with Mahsa Amini and all oppressed women in Iran. 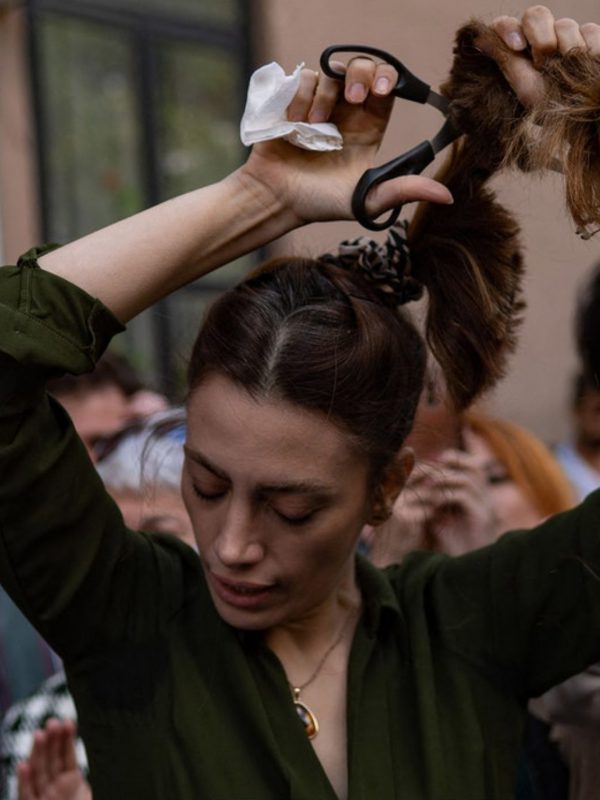 Elnaz Rekabi is a young Iranian athlete who was awarded the bronze medal in the women’s combined event at the IFSC Climbing World Championships in 2021. At the 2022 IFSC Climbing Asian Championships in Seoul (South Korea), Rekabi competed without hijab (an obvious violation of Iran’s mandatory hijab law). She showed up without hijab as protests raged across Iran and around the world over the death of Mahsa Amini and the oppressions and violence practised by Iran’s current political regime, leading some to wonder if Rekabi removed her hijab as a gesture of political protest which is most probably the case in spite of Rekabi’s instagram story and interview (after returning to Iran) declaring otherwise (saying that what happened was “unintentional” which is hard to believe since she’d been competing for Iran with Hijab for quite a long time, resulting in most Iranians believing that both her instagram story and post-arrival interview to have been failed attempts of coercion, and her removing her hijab a true example of nonviolent protest and bravery. 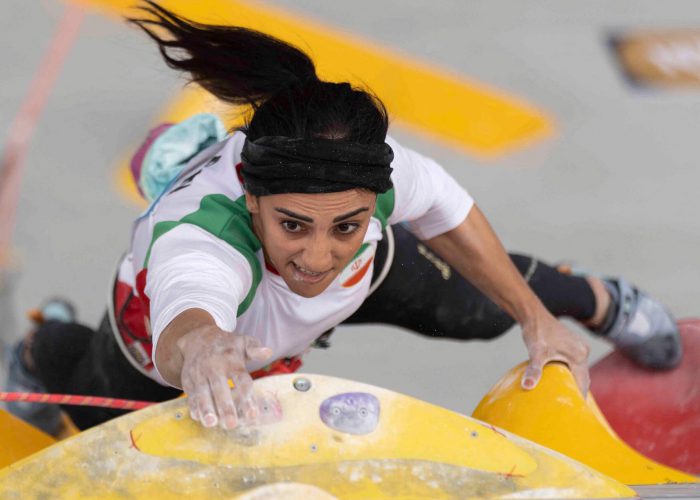