Baluch (or Balooch) people speak a language belonging to western Iranian languages, sister to Kurdish. However, they live alongside the southeastern natural borders of the Iranian plateau. Baluch people continue a semi-nomadic lifestyle in Iran, Pakistan, and Afghanistan. Baluchs have a great affection for ornaments. With an ancient grace, their embroideries are used today as courtly fineries.

No matter whether a jeweled bridal gown or a woolen rug, Baluch women use the same charm in all their hand-made Baluch rugs. Baluch rug is not made in Baluchistan but in Khorasan province by dispersed subtribes of Baluchs. And also by some non-Baluch tribes of the region whose weavers are deeply under the influence of their Balouh neighbors. 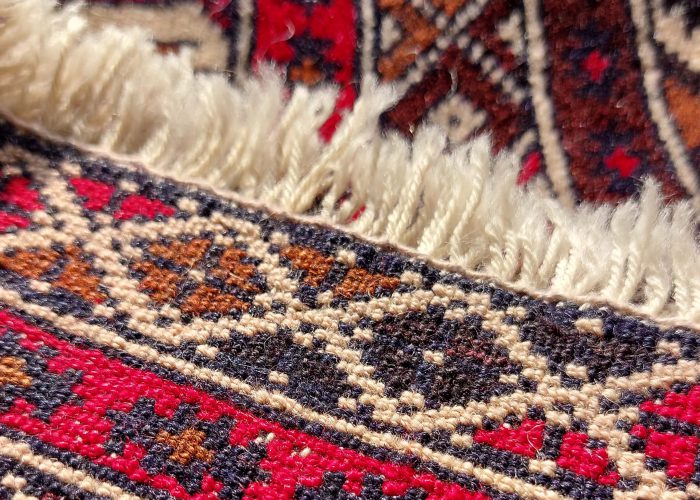 More details about This Baluch Rug

1. Knots: Knots are asymmetrical (Persian) in the Baluch rug. Rug artisans make warps from wool, but they have been also using cotton warps in recent decades. The knotting style includes both single-weft and double-weft, but you’ll notice the latter more.

2. Color: Dark shades are dominant on the Baluch palette. Midnight blue, brownish-black, deep dark red, dark reddish or purplish browns, and dark violet are the primary colors.
Dark blue to black blue (made with very concentrated indigo): Areas of Turbett-i-Heidari and Kashmir, Djulghe Khaf, and the northern part of the Herat region. Brick red, fire red to dark red (made from madder of different ages): Regions of Nishapur and north of Meshed, Djulghe Turbett-i-Sheikh-i-Djam, Djulghe Bakharz, Mahwalat, and Gha’inat.
In many Baluch rugs, the ground color in the (main) border(s) is the same as the one in the field. If the center field is, however, camel brown, red tints are usually used in the borders. Red borders can also enframe a dark blue field.

3. Material: Undyed or brown sheep’s wool mixed with black goat’s hair is much used for warp and weft. The small sides of the rugs have dark web-ends with very delicately woven or embroidered ornaments in white and/or red.

4. Motifs: due to the various types of Baluch tribes in different regions such as Khorasan, Sistan & Baluchestan, and Afghanistan, there are vast types of motifs and patterns in the Baluch rugs. The following motifs are only a few types of motifs: 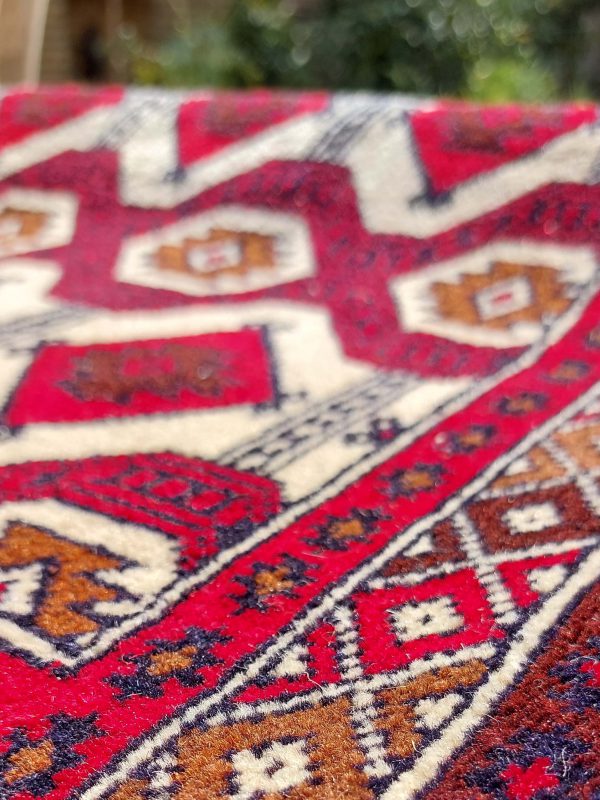 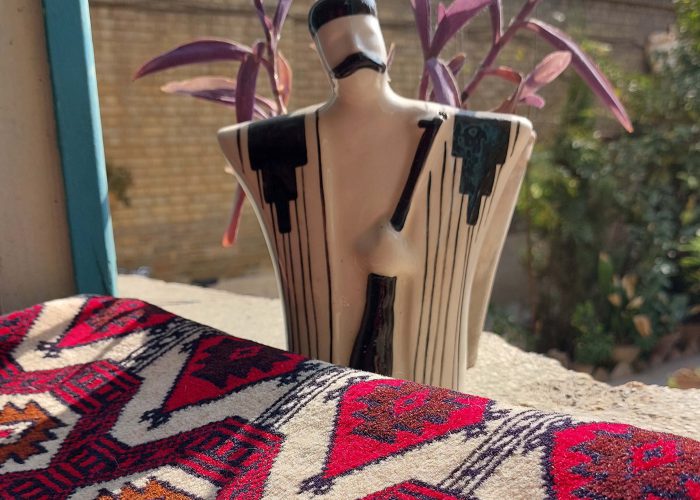